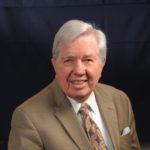 Alan A. Ehrlich is a senior consultant in the Washington, DC office of Houlihan Valuation Advisors. Mr. Ehrlich has been involved in business valuations for privately owned companies for the last ten years. His primary focus has been employee stock ownership plans (ESOPS), which allow the owners to have a succession plan with ultimate liquidity. He also consults on helping the clients secure financing for
the transactions.

Mr. Ehrlich was previously a senior vice -president for a financial services company on the AMEX, involved with mergers and acquisitions, and marketing for the holding company. Also in his career, he was a vice-president for a major life insurance company on the NYSE for many years marketing to insurance agencies. The balance of his career has always been in the financial services industry with special emphasis in banks, savings and loans and NYSE firms.

He has spoken to various groups about ESOPS like the Dingman Center at the University of Maryland Business School and numerous law firms.

One event that used his multifaceted skills was when he consulted and co-created the savings and loan depositors corporation in Silver Spring Maryland and represented the 22,000 depositors during the crisis. The consultancy involved working with the Lt. Governor, Judge, and many other states officials.

His client base includes government contractors, public affairs policy enterprises, hi-tech manufacturing, environment consulting companies, a museum design company and other companies on the East Coast. The primary source of business is referred by law and accounting firms.

Previously, he was a member of the MDRT and AALU and graduated from New
York University.